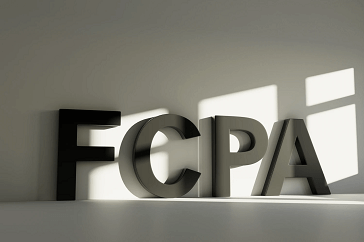 So far, 2020 has been a year of extraordinary events. The COVID-19 pandemic shut down has led to the greatest global economic disruption in nearly a century. In combination with growing social unrest, the economic crisis has increased the risk of bribery, corruption, and other illicit activities. A preliminary review of 2020 shows that national and international enforcement of anti-bribery and corruption laws, such as the Foreign Corrupt Practices Act (FCPA) in the US, is mounting, with settlements hitting a historic high.

Even without the recent announcement of a record breaking $3.3 Billion multi-national settlement for violations committed by Goldman Sachs and a Malaysian subsidiary, FCPA hit two milestones this year.

Besides the recent Goldman Sachs settlement, the US Department of Justice (DOJ) has dealt with a number of high-profile cases which have contributed to the FCPA’s staggering settlement record this year. Among them was the Swiss pharma giant Novartis agreed to a $347 million settlement to resolve repeated improper conduct in Greece, Vietnam, and South Korea.

At the beginning of 2020, the compliance and risk sectors were taken aback by a record-breaking international settlement-scheme of €3.6 Billion plus interest for the European aircraft giant Airbus. In January, the company agreed to a number of settlements with national justice authorities in the UK,the US and France. The French national prosecutor (PNF) received €2.1 billion, which amounts to the biggest anti-bribery enforcement action by French authorities. Indeed, also the American DOJ registered their $2.09 billion penalty for Airbus as the second biggest FCPA enforcement action ever after Goldman Sachs’ most recent fine.

The FCPA: A global power

Indeed, other cases, such as the recent FCPA settlement by Brazilian-based J&F Investimentos and a subsidiary to pay more than $280 million points to the long reach of the FCPA. While the FCPA initially set out to prevent US businesses and their representatives from influencing foreign officials through any personal payments or rewards, other countries have taken the FCPA as a comprehensive example of how to organize federal ABC regulations. Increasingly, they have started to develop their own enforcement mechanisms as a response to the rising importance of anti-bribery and anti-corruption regulations in the US and abroad.

Globalization has led to a more comprehensive understanding of the negative effects of bribery and corruption. With the pandemic causing new rounds of disruption, the risks of bribery and corruption will remain elevated. In light of the recent record-shattering fines imposed on Goldman Sachs, entities around the world certainly have a strong incentive to revisit and strengthen their third-party due diligence and risk monitoring to identify potential regulatory, financial, strategic, and reputational risks. Is your risk management process due for a check-up?