5 Most Common Crisis Communications Scenarios in 2022 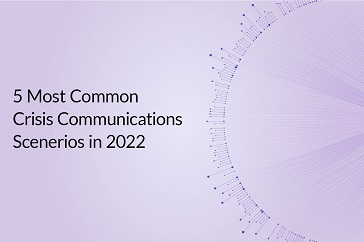 The stakes have arguably never been higher for public relations professionals. The channels, technologies and platforms that make up today’s modern communications landscape deliver as much uncertainty as they do opportunity. A negative news story can get published online and go viral in minutes, spinning out of control and triggering a PR crisis before an organization even has time to contemplate its response.

So when it comes to mitigating reputational fallout, PR teams need a crisis communications strategy that factors in the volatile and fast-moving nature of the digital world.

And while specific crises will vary from one organization or industry to the next, the five common scenarios we’ve collected are the result of challenges and realities that all companies face in some shape or form.

Your organization is expected to be in constant, real-time communication with your audience—and the world at large. This largely applies to social media, where engaging via a growing and changing mix of channels has proven to be a major challenge for communicators.

More than 4.5 billion people now actively use social media to do everything from purchase and review products to interact with brands and share news stories. In fact, the leading social platforms have taken on so much importance for consumers that the content contained within them is often given the same weight as what’s published by major news organizations. This weight, combined with the opportunity to speak directly to an audience rather than through an intermediary, offers an incredible opportunity. Unfortunately, it’s also a powder keg for negative or unwanted attention.

Whether from a dissatisfied customer, testy former employee or run-of-the-mill internet troll, communicators need to be prepared to respond clearly and decisively when negative sentiment rears its head on social media. If you don’t have one already, creating a clearly crafted, executive-approved set of responses to the most likely negative posts should be at the top of your list.

There’s the political accusation of “fake news,” and then there’s the entirely separate issue of fake content. Technologies like “deepfake”—which uses machine learning software to process recordings of someone to generate eerily realistic video/audio of that person saying and doing things they never actually did—are advancing at breakneck speed. In the case of deepfake technology, it’s advancing so quickly that it’s becoming readily accessible to everyone from high school students with a desire to show off their skills to disgruntled employees with an ax to grind.

Deepfakes have so far been relegated to the political world and for creating harmless entertainment. But it’s only a matter of time before deepfake and similar fake content-generating technologies create trouble for prominent executives, their brands and their PR teams.

Workplace violence costs businesses of all sizes and in every industry approximately $130 billion every year. And unfortunately, workplace violence remains one of the most common crises that organizations have faced for decades.

Communications professionals need to be involved in each phase of the organization’s advance planning for how to deal with a potential incident. This includes doing everything possible to prevent them from happening in the first place, developing internal escalation protocols at the first sign of trouble and crafting specific action steps and communications strategies in the event of workplace violence incident. 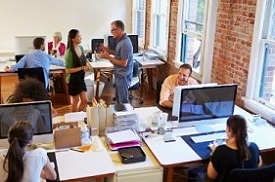 There’s a growing emphasis on diversity and inclusion around the world. People everywhere are demanding that minority groups have a bigger voice in the workplace, while business leaders are now under greater scrutiny for how they engage with those communities.

During recent movements such as #MeToo and Black Lives Matter, many prominent business leaders garnered unwanted attention, with a record number of CEOs being ousted for their roles in the mistreatment of women, minorities and others in the workplace. To help avoid these issues, communications teams should push for organization-wide cultural awareness and sensitivity training, as well as work with leadership to introduce initiatives that promote a more diverse workplace. Additionally, PR professionals need to ensure that executives are well drilled on the dos and don’ts of participating in these important conversations.

Cybersecurity is never a done deal. Technology evolves. Bad actors adapt and expand their skills. And as an organization’s IT footprint grows, so too does its threat landscape, which means its forced to spend more on cybersecurity.

When a breach involves the theft of personally identifiable data and financial information, PR teams must move quickly to minimize any negative impact on brand trust across traditional and social media. This means putting in place specific protocols to ensure your team can take a measured response to data breaches in a way that respects the organization’s regulatory compliance duties, legal obligations and reputation management objectives.

Prepare your PR team for these scenarios