After Recent Settlements, the Pharma Industry Once More Pays the Cost for Bribery 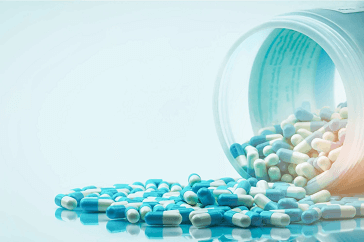 Today, companies around the world face increasingly tougher ethical expectations, from both consumers and shareholders. Additionally, regulators are strengthening their operations, with the aim of undermining financial or ethical misconduct through comprehensive enforcement regimes. Two recent cases involving Novartis and Alexion highlight why the pharmaceutical and life sciences industry faces particular bribery and corruption risk.

Put people before profits or pay the price

The global and fast-paced pharmaceutical market has changed dramatically in just a couple of decades, increasing the risk exposure of entities in this field substantially. Heightened ethical expectation towards patient safety, corporate social responsibility in the fight against the opioid crisis and environmental concerns during production are but a few of the areas consumers and shareholders are scrutinizing. Consequently, companies that don’t live up to these external expectations face elevated reputational risk from public criticism as well as substantial fines from enforcement bodies and class-action suits for failing to put people before profits.

The increased risk of bribery and corruption in the pharmaceutical industry stems from various sources. Andrew Ceresney, a former Director at the U.S. SEC Division of Enforcement, identified three main areas of misconduct.

Simultaneously to the fast-growing market for pharmaceutical products and the respective risks, regulatory scrutiny has gathered momentum by scrutinizing entities’ overseas operations and identifying clandestine and illicit operations in their global supply chains. While regulatory scrutiny continues to improve around the world, the U.S. Foreign Corruption Practices Act (FCPA) still constitutes the regulatory figurehead in the fight against corruption and bribery in the pharmaceutical and life sciences sector. The countless FCPA investigations into illicit worldwide operations of the pharma industry have led to several high-profile cases, among them Teva Pharmaceutical which was fined a staggering $ 519 million in 2016 by US authorities and a $390 million fine for Novartis in 2015.

In recent weeks, Novartis has once more dominated headlines with a new settlement of $ 346.7 million between the pharmaceutical giant and the U.S. DOJ and SEC. The settlement resulted from an extensive investigation into the company’s overseas conduct. Wanting to settle the case, the company admitted to illicit operations in Greece and Vietnam, where two of its subsidiaries provided improper benefits to healthcare officials in recent years. Additionally, the Swiss multinational entered a settlement over inadequate record-keeping in Greece, Vietnam, South Korea, and China.

While smaller in scale, recent investigations have also led to a settlement between SEC investigators and US-based Alexion Pharmaceuticals. After charges involved bribing foreign healthcare officials in Russia and Turkey and the failure to maintain accurate records in Colombia and Brazil, the company agreed to a settlement of $ 21.4 million without Alexion officially admitting or denying any claims.

These cases offer important insights into the risks this industry continues to face when it comes to bribery and corruption. But how can the pharmaceutical and life sciences industry successfully mitigate these risks prevent similar fines and convictions? Download our pharma Risk whitepaper for a checklist covering what an effective anti-bribery and corruption program should include.

Given the recent FCPA settlements in the pharma industry and the increasing regulation outside of the U.S. multi-national pharma companies must stay alert to bribery and corruption regulations globally and mitigate the risk of compliance failures and make sustainable profit—by implementing robust due diligence and third-party monitoring.