COVID-19 and the Spread of Fake News 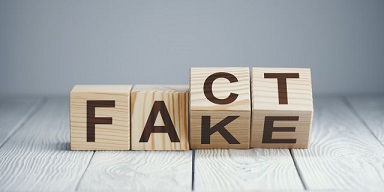 In India, it has affected an entire swath of the population. It happened to the UK’s Boris Johnson, too. It happened in South Africa. And in Iran.

We’re talking, of course, about the spread of disinformation—the deliberate dissemination of misinformation as “credible” news—during the global COVID-19 crisis. Some commentators even coined a new term for the avalanche of fake news that has accompanied the pandemic: “disinfodemic.”

The rate at which this unreliable and downright false information is spreading has even sparked concerns that the phenomenon is putting lives at risk, according to the United Nations Educational, Scientific and Cultural Organization, UNESCO. In fact, myth-busting is one of key messages behind the UN’s COVID-19 public health campaign. “Our greatest enemy right now is not the virus itself,” the director-general of the World Health Organization, Tedros Adhanom Ghebreyesus, was quoted as saying. “It’s fears, rumours and stigma.”

Social Media: The Disease and the Cure

For all the benefits of interconnectedness that it brings, social media is the primary culprit behind the spread of fake news. In an article published back in 2017, Trolls, Bots and Fake News: The Dark and Mysterious World of Social Media Manipulation, Newsweek reported that fake social media accounts can produce as many as 1,000 social media posts a day.

Fortunately—or unfortunately, depending on how you look at it—social media may also be the remedy to social media’s fake news infection rate. Why? By the end of 2019, 55 percent of Americans reported getting their news on social media “often” or “sometimes.” Many Western European residents get their news from social media , too, with Facebook in the lead. For better or worse, social media is an effective communications channel for reaching the masses.

The Role of Communications Professionals

Associate Professor and Chief Librarian at CUNY Graduate School of Journalism, Barbara Gray, refers to fact-checking as “a civic survival skill and duty in a ‘post-truth’ world.” And she couldn’t be more right.

When referencing anything for broad public dissemination, professional communicators must seriously consider—and, to an extent, be prepared to defend—the reliability of their sources and data. This is especially true for those who themselves serve as a resource to reporters. Here are a few ways to avoid the trap of mis- or disinformation.

What’s Next for Fake News

As the examples above demonstrate, there’s nothing like a scary, global pandemic to bring out the worst in people, including those selling fake preventions and remedies, preying on our charitable instincts and promulgating fake and potentially dangerous “news.” But there is some hope on the horizon.

For its part, Facebook is attempting to stop the spread of fake news by alerting users who have interacted with fake content. The social media behemoth will direct impacted users to credible facts from sources like the World Health Organization. With a bit of due diligence and the right tools at their disposal, communications professionals can, too.