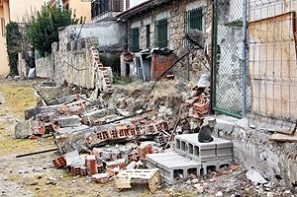 Early in January 2018, crowds vandalized Swedish brand, H&M store in South Africa’s Johannesburg. The reason for the violence was a child’s hoodie designed with words ‘Coolest Monkey in the Jungle’.

It started earlier that week when they posted an ad on the British version of their website. They neither anticipated nor imagined the backlash that they would receive for publicizing such a racial caption on the hoodie.

Not only did consumers find it terribly offensive, H&M’s tepid response only resulted in fanning more fire.

For H&M, this hoodie was probably the worst disaster because it earned the ire of the customers - many of whom would shun the brand in future it as a matter of principle. The worst of this Public Relations disaster was that Singers Weeknd and Rapper G-Eazy severed their business relationship with the brand.

H&M’s Public Relations message said, “This incident is accidental in nature, but this doesn't mean we don't take it extremely seriously or understand the upset and discomfort it has caused. We have taken down the image and we have removed the garment in question from the sale. It will be recycled."

However, this was not their immediate reaction and nor was their first response apologetic enough.

Media Monitoring to the Rescue

In such a situation, what do you think H&M could have done?

The answer is simple. The job of a PR Professional doesn’t stop with posting press releases or posting social media messages. They need to invest in social media monitoring by keeping an eye on the pulse of the customers. Using whatever digital interface they have at their disposal, they should have monitored the response that this controversial hoodie was generating.

Using media monitoring service it is easy to gauge the brand’s impact with any new product launch. An eye on the initial response would have told the PR Professionals that the product by itself was a bad idea. This controversy wouldn’t have ballooned so big if they had removed the ad and the products from their stores immediately.

They did eventually take down the ad and withdrew the product but their brand image has suffered. The ad has been retweeted and hashed out so many times on the Internet that it would forever be a black mark against the brand. Their initial tepid apology didn’t help matters. It was only when this controversy resulted in violence and vandalism did they sit up and take notice.

It is to avoid instances such as these, that PR professionals should monitor the social media. If the PR professionals of H&M had recognized the fact that a product is gaining negative attention they could have charted a fire escape plan and salvaged a modicum of a reputation for their client.

Media monitoring service is one of the most important tools that can help retrieve social media posts, comments, reviews and mentions about a specific brand, company or industry. With this service at their disposal, PR professionals can be alerted immediately about any negative publicity that their brand is generating and take steps to neutralize it.