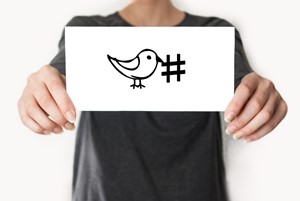 Ever since the launch of Twitter in the social media space, its iconic 140-character limit has been a challenge for its users. Twitter post character limit was inspired by SMS (Short Message Service) where 160 characters were the limit.

Needless to say, it was this quirk that attracted the users because its limited word count became a challenge forcing them to be creative. Expressing one’s self within 140 characters took some effort and a huge dollop of creativity and in Twitter’s case, this limitation became an attraction. It became a defining brand for them, as it forced its users to condense their thoughts and become economical with words. It also gave rise make shortcuts, where language was concerned. With ‘you’ becoming ‘u’ and ‘Your’ becoming ‘Ur’, an altogether new language was born on the pages of Twitter.

That said it didn’t stop the users from demanding a higher character limit for their tweets. For a long while, there were rumours and hacks that promised more character limit, until they went ahead and did it officially.

In October 2017, Twitter announced its decision to test twitter 140 character limit change and then rolled out the upgrade by the first week of November.

Social Media Marketing has brought a sea change in the way Marketers work and has given them access to data and an opportunity to leverage it to their advantage. The 280 tweet character limit is a huge game changer, especially for PR professionals because it gives them a bigger marketing space to create influence.

A 280 tweet character limit might be a welcome update for the users but for a PR professional, it is a powerful tool that they can use to leverage the brand of their client. Here is how they can use the all-new Twitter –

Tweeting press releases required an inordinate amount of creativity and mastery over language, when the character limit was 140. Now with 280 characters, an extended message about a business, brand or client can be shared. New events, products and launches can be shared without cutting back on any essential detail. Earlier the PR professionals didn’t have much of a choice but to limit their Press Release to a short description and a link. Now they can tweet an in-depth message, quote directly from the press release and basically make the post more engaging.

With a 140 twitter post character limit, one had to make judicious use of URL shortener to share a link. Even with a tiny URL, one can tweet only one of them in the post. With a 280-character limit, you can post more than one tiny URL and add more details that would make the post more engaging for the audience.

With a 280-character limit you have a carte blanche in your hands to post a video, include an image add more links or text to make the post more interesting and increase engagement rates. HubSpot reports that tweets that include an image have a 150% chance of being retweeted. With a 280-character limit, you don’t have to make an agonizing choice of whether to post a picture, video or text. You have a chance to use all three, to great effect and increase your brand engagement.

From 140 to 280 characters, there is more scope for text in your tweets but it also opens up possibilities for errors – grammatical & spelling errors, inappropriate phrases and false information. Copy-edit all your tweets, check and ensure that your information is factually correct before you tweet anything.