According to recent estimates, state-owned enterprises (SOEs) account for over 10% of the world’s GDP and more than a fifth of the world’s largest companies.The increasing presence of SOEs in the global economy has resulted in a number of high-profile corruption and bribery cases. These cases represent a profound compliance challenge for entities engaging with SOEs, requiring enhanced due diligence .

Today, SOEs play a substantial role in the global economy. They represent an important economic, social, and political actor far beyond solely being a link between governmental actors and the market economy. An OECD report, focusing on SOEs and corruption, has found that:

Increasingly, SOEs seek to expand their market share and activity beyond domestic markets. Some of these transnational operations have since given way to various forms of illicit operations and practices.

SOEs are particularly prone to compliance risks for four reasons:

An OECD report in 2014 found that more than 80% of all investigated foreign bribery cases between 1999 and 2013 were linked to SOE officials.

As a result, the international community has increased their focus on SOEs. In 2018, the G20 adopted the High-Level Principles for Preventing Corruption and Ensuring Integrity in State-Owned Enterprises which introduced uniform corporate governance standards for SOEs. It further required SOEs to adopt transparent relationships between their public shareholder and their operational structures. 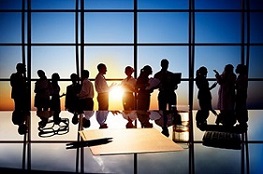 A number of recent high-profile cases have put the spotlight on SOEs involved in illicit practices, particularly those operating in emerging economies.

In October 2020, the World Bank took action against Beijing-based China Electric Design and Research Institute Company (CEDRI) by debarring the company from engaging in any business in Zambia for 18 months. The intervention was a result of an investigation into fraudulent practices allegedly committed by the Chinese state-owned international engineering company. CEDRI was accused of failing to disclose a conflict of interest and forging required documents.

The U.S. Department of Justice (DOJ) and the Securities and Exchange Commission (SEC) have also made substantial headway in prosecuting illicit practices linked to SOEs in 2020, under the Foreign Corrupt Practices Act (FCPA). For example:

The number of recent cases of SOEs being involved in corrupt methods as well as the particular vulnerability of these entities towards illicit practices makes it essential for companies to scrutinize any operations linked to SOEs.

Perform risk-aligned due diligence when dealing with SOEs

With clear compliance risks rooted in the SOEs’ special nature and organizational structure, organisations are best served by conducting due diligence across a wide variety of sources that complement SOE data, including Ultimate Beneficial Ownership (UBO) , politically exposed persons (PEPs), sanctions, watchlists and negative news. This enables better visibility into red flags so that risk management professionals can mitigate threats and implement ongoing risk monitoring to capture changes that indicate a potential problem.