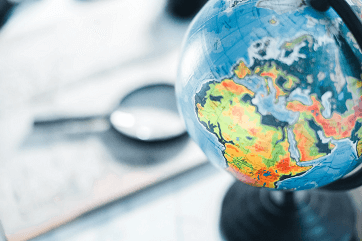 To say that 2020 was a tumultuous year is an understatement. Gripped in a pandemic of historic proportions, the world has experienced tremendous loss in lives and economic prosperity. And Transparency International’s recently released Corruption Perceptions Index notes that “The emergency response to the COVID-19 pandemic revealed enormous cracks in health systems and democratic institutions, underscoring that those in power or who hold government purse strings often serve their own interests instead of those most vulnerable.”

The CPI 2020 report further suggests that “As the global community transitions from crisis to recovery, anti-corruption efforts must keep pace to ensure a fair and just revival.” While the report focuses on the public sector, it touches on some other high-profile bribery and corruption cases, indicating that even in countries that score well, corruption has a foothold that demands risk-aligned approach to due diligence and ongoing risk monitoring  by organisations in both public and private sectors.

Despite strengthening regulations in some regions, more than 66% of the 180 countries ranked in the CPI scored below 50 on a scale that ranks the perception of corruptness on a scale of 0, indicating ‘Highly Corrupt’ to 100, indicating ‘Very Clean.’ The highest scoring region is Western Europe and the European Union, however with an average score of 66/100, it’s clear that even top ranked countries have work to do.

This fact is further underscored by some of the headline-grabbing bribery and corruption cases that were resolved in 2020. The 2020 Airbus settlement resulted in nearly €3.4 billion in penalties paid to the United States, France, and the UK. The resolution followed a four-year investigation into the Netherlands-based company’s decade long use of third parties to bribe decision-makers and influencers to sell its aircraft and satellites in the United Arab Emirates, China, South Korea, Nepal, India, Taiwan, Russia, Saudi Arabia, Vietnam, Japan, Turkey, Mexico, Thailand, Brazil, Kuwait, Colombia, South Korea, Indonesia, Sri Lanka, Malaysia, Taiwan, Ghana and Mexico.

“Countries at the top of the CPI play a major role in both fueling corruption through foreign bribery and enabling corruption by allowing for opaque company ownership; weak enforcement of gatekeepers, like bankers or lawyers who may serve as professional enablers; and allowing for opaque asset ownership, including real estate, luxury goods, etc.,” says Transparency International.

Identifying beneficial ownership during due diligence is crucial 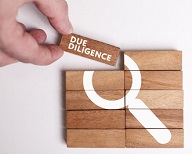 As the report notes, hidden ownership—be it in a company or in real property assets—often facilitates financial crimes, bribery, and corruption. It’s an old refrain; since the release of the Panama Papers in 2016, several governments are considering or have already begun implementing beneficial ownership registries. Some are also establishing new rules or publishing guidance to ensure that companies integrate discovery of beneficial ownership during third party due diligence.

Moreover, the pandemic highlighted other shortcomings in the fight against bribery and corruption risk. Transparency International points out that “Corruption is prevalent across the COVID-19 response, from bribery for COVID-19 tests, treatment and other health services, to public procurement of medical supplies and overall emergency preparedness. Likewise, the pandemic revealed serious instability in global supply chains, exposing many companies to greater financial and reputational risk from the third parties on which they rely.

See where your country ranks in the 2020 CPI and Transparency International’s recommendations for mitigating bribery and corruption risk moving forward.