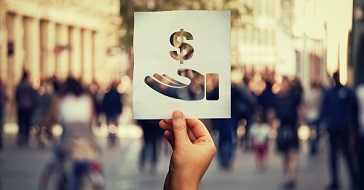 Voluntary self-disclosure is where an individual informs regulators of FCPA related misconduct within the organisation either before or during an investigation. The aim is to encourage organisations to implement strong compliance programmes and facilitate more proactive identification of violations.

Three recent cases – Akamai Technologies, Nortek and Analogic – that have resulted in non-prosecution agreements and significantly deflated financial penalties demonstrate a clear shift in enforcement strategy but they also raise a key question.  Will these cases deter future wrongdoing?

The DOJ's FCPA enforcement plan and guidance memo was issued in early April 2016, which outlined a new year-long 'Pilot Programme' that offers a reduced punishment for voluntary disclosure of compliance failures.  It states that the "principal goal" of the Pilot Program is to "promote greater accountability for individuals and companies that engage in corporate crime by motivating companies to voluntarily self-disclose FCPA-related misconduct, fully co-operate with the Fraud Section, and, where appropriate, remediate flaws in their controls and compliance programs."

The approach means organisations that identify FCPA violations and report them to regulators voluntarily may not be subject to prosecution and are likely to receive reduced fines.  Two of the recent cases – Akamai Technologies and Nortek – demonstrate the opportunities for significantly reduced fines for self-reporting.  In both cases the DOJ also declined to prosecute the companies.  Akamai agreed to profit disgorgement of $652,452, while Nortek agreed to profit disgorgement of $291,403.

Daniel Kahn, Deputy Chief of the Justice Department Criminal Division Fraud Section, and head of the FCPA Unit, identified four key factors that led to a non-prosecution agreement for the FCPA violations:

Taken alone, the results of these two cases provide a real financial and legal incentive for organisations to voluntarily report FCPA violations.  It is unclear at this stage, however, exactly how much leniency has been provided in these fines, or whether the cases serve as an educative supplement to existing DOJ guidance on self-reporting.

The third case – Analogic – provides a more concrete indication of a changing enforcement strategy towards encouraging, rather than facilitating, self-reporting.  The US-based medical technology company and its Danish subsidiary, BK Medical, settled FCPA violations relating to $20 million in improper payments.  BK Medical entered into a non-prosecution agreement and agreed to pay $3.4 million and Analogic agreed to pay $7.7 million in profit disgorgement and $3.8 million in prejudgment interest.

The case stands out due to the exceptional conduct of the companies and the key officers when committing the FCPA violations.  These included deliberate accounting failures by the Chief Financial Officer (CFO), payments to unknown third parties in high-risk jurisdictions, a third party bribery scheme and the non-reporting of several red flags raised for suspicious activity and potential compliance failures.  The non-prosecution agreement included a fine 30 percent below the sentencing guideline minimum, listing self-disclosure, extensive remediation and profit disgorgement as deciding factors.

The future of FCPA enforcement

The DOJ Pilot Scheme guidance states that the program aims to: "Deter individuals and companies from engaging in FCPA violations in the first place and encourage companies to implement strong anti-corruption compliance programs to prevent and detect FCPA violations."

The conclusion of recent enforcement actions provides a message that thorough due diligence programmes and voluntary self-reporting can significantly mitigate even the most serious compliance failures.  It does, however, also raise a question as to whether a permanent shift in enforcement strategy will provide an adequate deterrent to corporate misconduct in the future.