‘A long way to go’ for national anti-money laundering laws 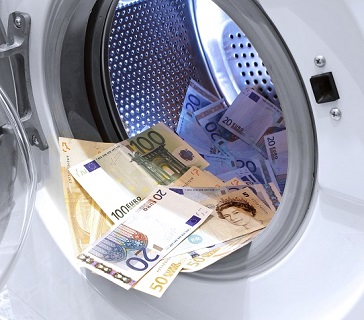 Transparency International says national anti-money laundering laws have “a long way to go” to meet the global standards set by the Financial Action Task Force (FATF). The NGO has published a commentary on the FATF’s latest assessments of how effectively countries are tackling money laundering.

AML regulations not yet up to FATF standards

The FATF’s latest country assessments demonstrate that national anti-money laundering legislation has improved since 2011. In 2011, 12.3 percent of countries complied fully with the FATF recommendations. This figure has risen to 25 percent for the 30 countries most recently assessed by the FATF. Of these countries, 87 percent are compliant or largely compliant in making money-laundering a criminal offence and 83 percent require financial institutions to report suspicious transactions to the authorities.

The FATF assessments also demonstrate that even where laws are in place, they are often not being used by countries. Supervisory authorities in most of the countries recently assessed by the FATF have the powers they need to carry out their duties in law. But no country was found to be effective in using these powers and 86.7 percent rated as having moderate or low effectiveness.

Transparency International’s analysis of the recent FATF assessments demonstrates that no country is doing enough to stop the use of anonymous shell companies to conceal ill-gotten gains. None of the 30 countries assessed by the FATF since 2014 rated as highly effective at preventing the abuse of beneficial ownership, and nearly nine out of ten countries rated as having moderate or low effectiveness.

Shell companies are complex corporate structures, often set up in offshore jurisdictions, which can be used to hide the true ownership of assets and bank accounts. This makes it difficult for investigators to track money flows and exposes companies to regulatory, financial and reputational risk for doing business with criminal enterprises engaged in economic crime. A number of countries have recently committed to establishing registers which list the beneficial owners of companies, including Australia, the UK, France, Nigeria, Afghanistan and the Netherlands. Without an international beneficial ownership registry, national regulatory bodies—and the organisations subject to their laws—still have work to do to prevent money laundering through shell companies.

Transparency International calls on the private sector to invest in anti-money laundering efforts, pointing out that this “makes good business sense in the long run.” It notes that “too often, the task of stopping dirty money is seen as a compliance cost to be minimised” but it should be seen as an “unavoidable requirement.”

When companies fail to comply with AML regulations the impact can be significant. In addition to facing a legal conviction and heavy fines, companies also face reputational damage that can have long-lasting financial consequences. Whereas companies that invest in an effective compliance programme often receive a return on their investment. A report last year by ethiXbase found that Singapore’s tough stance on corruption in the private and public sector gave Singapore’s companies a “significant competitive advantage over its neighbours” in attracting foreign investment.

What should companies do?

The FATF’s current round of country assessments will be completed in 2021. By then, it is expected that many countries will have significantly improved their anti-money laundering laws and how they implement them. The European Union Fourth Anti-Money Laundering Directive also comes into force this month. It requires global banks and multinational companies to have risk assessment, due diligence and monitoring processes in place.

Are you ready for tighter AML regulations?