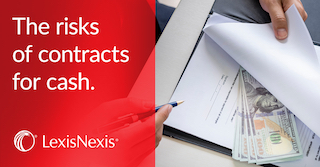 Petrobras has reached a $1.78 billion settlement with the DOJ and SEC over bribes to politicians and political parties in Brazil. This is the first time an enforcement action over FCPA violations has exceeded a billion dollars. The amount is bigger than the nearest two settlements combined, and the case emphasizes the importance of PEPs due diligence.

The $1 billion barrier for a company’s payment to settle a violation of the Foreign Corrupt Practices Act (FCPA) has not only been broken, but shattered into pieces. Brazil’s state-owned energy company, Petrobras, has agreed to pay $1.78 billion for its involvement in a major bribery scheme. The settlement could have been even bigger, if Petrobras had not reached a non-prosecution agreement with the DOJ, which reduced the criminal penalty by 25 percent. Petrobras received this type of agreement because it pledged to continue cooperating in “ongoing investigations and prosecutions” of companies and individuals, and to enhance its compliance programme. The settlement comprises a non-prosecution agreement of $853.2 million and a disgorgement of $933.5 million. The DOJ and SEC will each receive 10 percent of the non-prosecution agreement total, and Brazil’s Ministerio Publico Federal will receive the rest. The SEC said its share of the money will go into a fund for Petrobras investors harmed by the corruption.

What did Petrobras do wrong? In its statement accompanying the settlement, the DOJ said executives “at the highest levels” of the company facilitated the payment of hundreds of millions of dollars in bribes to Brazilian politicians and political parties. The executives then “cooked the books” to conceal these bribe payments from investors and regulators. The bribes included payments to stop a parliamentary inquiry into the firm and millions of dollars to the campaign of a Brazilian politician whose jurisdiction included a region in which Petrobras was building an oil refinery.

Risk trends from the top ten

The Petrobras settlement has given the top ten of FCPA settlements a very different look:

If we inspect this list in more detail, a few trends become clear. The first is that FCPA violations are becoming costlier for companies. Seven of the top ten settlements have been agreed since 2016 and two of them within the last month. The second trend is that the FCPA’s reach is now truly global. The five largest settlements, and eight of the top ten, were with companies based outside the United States. Thirdly, FCPA violations happen in many industries. In the top ten, there are companies from the banking and financial services sector, pharmaceutical industry, extractive industries, telecommunications and transportation. The lesson for firms is clear: bribery and corruption can happen in any industry, and all companies must make regulatory compliance and due diligence a priority.

Tone from the top

In these blogs, we talk a lot about the need for a good risk-based due diligence system and effective compliance training for staff. While these are undoubtedly important, they are meaningless unless the senior leadership of a company has not fully bought into the need to behave ethically. Bribery at Petrobras was facilitated by some of its most senior executives - the DOJ said on Thursday that it included “members of its executive board and board of directors”, who then concealed the payments. Compliance can only be effective if executives set a clear and ethical tone from the top and encourage staff to report any suspicions of illegal behaviour. CEOs also have fiduciary duties to act in the best interests of the company and its shareholders, and if they are seen to have allowed a corruption scandal to happen, it is a breach of those duties.

What should companies do?

Petrobras’ settlement shows the significant cost to companies if they are involved in bribery and corruption. If a company does business with a corrupt third party, it faces significant financial, legal, reputational and strategic costs. So, it is important to mitigate these risks by implementing a strategy for anti-bribery management. This strategy should include:

1. Monitor developments in anti-bribery laws and standards around the world.

4. Put in place a due diligence process which allows third parties to be screened against sanctions lists, negative news coverage and legal sources. Commercial databases can quickly screen thousands of names against these lists.

5. Update this system regularly to take into account new enforcement actions and changes in sanctions lists.