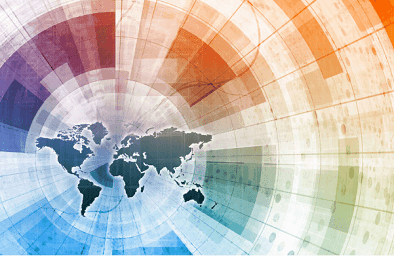 In the first blog in our series on PESTLE risk monitoring, we look at the "P"—Political—and the role political factors play in terms of the supply-chain and third-party risks organizations face.

If 2016 taught us nothing else, it certainly demonstrated that the global political landscape is a volatile place—and not just in emerging nations. Uncertainty about Brexit, economic nationalism in the U.S., and growing populism across Europe have contributed to a rise in political risk. In fact, according to the Chartered Institute of Procurement & Supply (CIPS) Global Risk Index, the last quarter of 2016 reached its highest level—82.6 out of 100—since 2013. And while the first quarter of 2017 dipped slightly to 81.9, political factors will continue to expose companies to risk.

Globalisation has fueled expansion into new markets and has enabled more cost-effective and resilient supply chains. But as companies expand their footprint into other countries and build out more complex, widely-distributed supply chains, they face increased exposure to political risk factors, including:

These factors directly affect companies' ability to achieve its growth and profitability objectives—making it crucial to have timely insights into potential threats. Risk monitoring within a PESTLE framework can help achieve the needed awareness, allowing for more proactive risk management.

News stories, reports by NGOs, and other data sources offer insight into how political risk factors can affect companies with multinational operations or supply chains. Take a closer look at the ramifications of two key factors.

Political Stability (Or Lack of It) Political instability is defined as "… the propensity for regime or government change, political upheaval, or violence in society, or instability and uncertainty in government policy, such as regulatory, tax, property, or human rights law." Political instability can have a negative impact on
operations and supply chains, threatening productivity, quality, and critical relationships. Unfortunately, political instability is nearly impossible to avoid when a company has an extensive supply chain. In fact, a study by the American Productivity and Quality Center (APOQ) found that 63 percent of surveyed companies reported having suppliers located in areas of the world experiencing political turmoil. For example, the Deutsche Post ended package delivery to the Ukraine due to continued unrest in the region—despite the fact that 620 German companies have operations in Ukraine. And It's not just supply chains that are negatively impacted by political instability. Swiss logistics provider Astras reports a 20 percent turnover rate among its employees in the Ukraine.

Policies Related to Trade, Tariffs and Taxes Last year, the World Trade Organization (WTO) reported that the number of restrictive trade measures introduced by WTO Members grew 11 percent, leaving more than 2,100 restrictive measures in place. The sheer number of trade policies can be difficult for companies to navigate, and with an average of 22 new measures added per month, real-time awareness of governments' legislative agendas is a necessity. Moreover, many existing trade deals are under threat, leading to more uncertainty for companies. The 'America First' policies being advanced by the Trump administration—from backing out of the Trans-Pacific Partnership (TPP) to plans to renegotiate the North American Free Trade Agreement (NAFTA)—could lead to retaliatory trade restrictions. As CIPS Economist John Glen notes, "With international trade deals under threat around the world, supply chain managers must be as aware of political risks as they are of natural disasters and economic hardship.

Companies must take calculated risks in order to meet organizational goals. Improving visibility into political risk makes it easier to respond with agility when serious risks surface. LexisNexis Entity Insight is a powerful tool that helps companies conduct ongoing monitoring, tailored to their specific risk concerns, via a convenient dashboard and RSS feeds into internal platforms. This helps ensure that decision makers throughout your organisation have the information needed to mitigate risk. Learn more today.