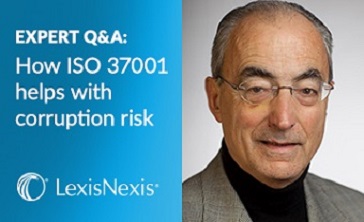 Companies in the oil and gas sector may want to have themselves audited because they are exposed to corruption. Also, large companies involved in dealing with governments, the armament industry, companies like Siemens, Alstom, and others involved in electrical equipment and transport equipment where they sell to governments. Banks as well may consider it—Crédit Agricole has been certified in France. I think large companies active internationally in countries where corruption is rampant of course are going to be more interested in the standard than others.