With both the UEFA EURO 2020 and the CONMEBOL Copa América 2021 tournaments kicking off this month, football is once again at the centre of attention for millions of fans around the world. Unsurprisingly, international football has developed into a substantial business in recent decades. Companies around the world seek to strike deals with the bodies organising tournaments and television companies over sponsorship and advertising on the pitch, in a bid to win over football fans. Yet, a number of high-level corruption cases have highlighted the potential vulnerability towards money laundering, corruption and bribery related risks present in international football. What has happened and how can companies involved mitigate potential compliance and due diligence risks?

In May, the US Department of Justice (DOJ) announced a deferred prosecution agreement with Swiss bank Julius Baer & Co. for charges related to money laundering and bribery involving the international football governing body FIFA and other regional associations. As part of the agreement, the bank has agreed to pay more than $79 million in penalties in order to resolve the investigation into its involvement in an international football bribery structure.

The agreement between the DOJ and Julius Baer & Co. is only the latest in a series of high-level criminal proceedings involving FIFA officials and related businesses. In May 2015, US federal prosecutors indicted two FIFA Vice Presidents as well as representatives of regional American football associations on charges of wire fraud, racketeering, and money laundering. The main allegations centred around bribery being used to secure and influence the selection process for international and regional tournaments as well as to manipulate clothing sponsorship contracts between 2011 and 2015.

According to the DOJ, the most recent agreement is a direct consequence of the Swiss bank’s failure to adopt a robust compliance and due diligence process and should be seen as a warning for other financial institutions. Nicholas L. McQuaid, Acting Assistant Attorney General, said: “Today’s resolution sends a strong message to all banks and other financial institutions that if they knowingly misuse our financial system to hide their clients’ criminal proceeds or to promote a corrupt scheme, they will be held to account.”

Beyond the current series of investigations, FIFA’s reputation continues to be tainted. The current US proceedings, under the Foreign Corrupt Practices Act (FCPA), have started a number of international investigations. On top of that, the 2010 decision to host the FIFA 2022 World Cup in Qatar has not only faced strong criticism over allegations of systematic human rights abuse within the state, including modern slavery in the construction of the tournament stadia, but also came under judicial scrutiny when Swiss prosecutors  opened an investigation into corruption and money laundering related to the awarding of the FIFA 2022 World Cup.

Attack is the best defence against risk 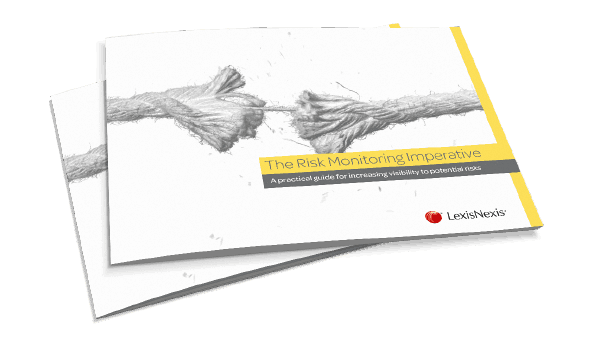 Yet, football is not the only sport that is prone to corruption and bribery and human rights abuses. Numerous allegations also follow the International Olympic Committee (IOC), in particular concerning the selection of host countries.

This is why financial institutions and other companies should adopt a proactive approach to compliance and risk management when doing business in the sports sector. Failure to do so can lead to significant financial, regulatory, and strategic risks and will also damage the public reputation of the involved institutions. A robust and comprehensive due diligence approach, based on a wide range of data sources such as adverse news, legal and company data,  can support companies in identifying and mitigating potential risks.

The recent DOJ agreement has significant implications for global businesses, whether or not they are involved in the sports industry. A robust due diligence process, in combination with ongoing support and training for compliance officers can help companies establish a first line of defence against the risk of entanglements in clandestine acts such as corruption, bribery and money laundering. With risk in compliance as well as in football, attack is the best defence. The question is, how resilient is your company to potential compliance risks?