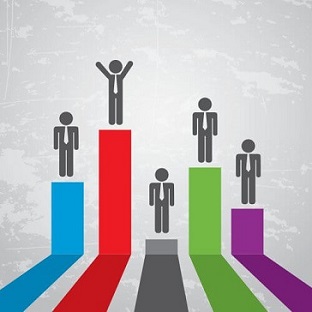 While researchers today enjoy a multitude of advanced tools to gather competitive intelligence, the basic principles of C.I. can be traced all the way back to 506 B.C., It was in this year Chinese general and philosopher Sun Tzu completed his military strategy guide, “The Complete Art of War.”

War is undoubtedly the most extreme example of competition (and one we don’t wish to take lightly in drawing comparisons), and its early study laid out the foundational elements of gathering competitive intel in order to gain an upper hand.  According to Tzu, victory is predicated by knowledge and understanding of one’s self, as well as the competition. Those with a sound understanding of the strengths and weaknesses of themselves and their competitors can go into any match up without fearing defeat.

Competitive intelligence augments the understanding of your organization with an equally thorough understanding of others. This is a practice Tzu would likely have appreciated – a notion shared by other very smart individuals like Mark McNeilly, a marketing professor at the University of North Carolina. McNeilly has authored multiple books drawing parallels between Tzu’s philosophy of war and the principles of business competition.

Drawing inspiration from both Tzu and McNeilly, we explored the fundamental ideas of competitive intelligence in our e-book: “8 Phases of Competitive Intelligence Research: A Strategist’s Guide to C.I.”

The complete guide outlines the eight phases of C.I. research that should be followed by any professional in a search for competitive data. It’s a worthwhile read in its complete form, but to pique your interest we pulled some key highlights.

Much of a professional’s success is built upon what they know, but gathering great competitive intelligence requires starting from a place of ignorance. Refusing to make assumptions or grand leaps about competitors, and instead having the discipline to identify the basic, fundamental questions to guide competitive intelligence research is critical. This can be especially difficult for veterans of industry who may feel a certain sense of intuitive knowledge of competitors. While there’s undoubtedly value in experience and intuition, the soundest research involves employing the principles of scientific method to systematically gather and record data.

It’s right there in the name: competitive intelligence is about competition.But the quest for gaining an external advantage shouldn’t turn into an internal battle. Because competitive intelligence is a multi-disciplinary approach involving understanding competitors at every level of their business, it can—and should—involve every level of your organization.

Once data is gathered and insights are organized, don’t keep vital competitive intelligence hoarded among a select few. Sharing the information broadly allows it to be more effective, empowering decisions in every department and at every functional level.

Evolve and Grow Your Intelligence Alongside Your Competition

Different industries change at different paces, so the frequency with which you update competitive intelligence may vary. As a rule, it’s a good idea to revisit your assessment of competitors at least every six months to adjust for any changes in intelligence you have gathered.

Interested in learning more about the fundamental steps to gaining a competitive edge through research? Download our complete e-book now.