Post crisis analysis : How do you learn from mistakes ? 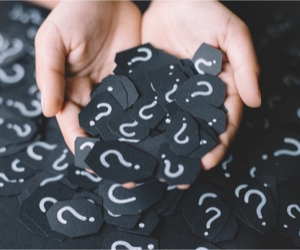 Not understanding mistakes often leads to repeating them. This means that one of the most important things public relations departments or agencies can do after a negative story breaks is to carefully go over the event and move forward with a renewed approach to communication.

It only takes one slip-up to keep a harmful story circulating long after the initial event has died down, which means there are a few important practices PR pros should embrace when caught up in one of these crises. Departments that carefully monitor the aftermath and take salient lessons away from mistakes can effectively pilot firms through the next few months.

The following are a few recent examples of organizations that found themselves in the spotlight for all the wrong reasons. Their examples may prove helpful for any PR department dealing with a similar confluence of events. These issues prove that no matter how well-formed a crisis management plan is before a problem presents itself, facts gleaned during and after a negative event occurs will also prove helpful in changing course.

No two crises are the same. The above examples and analyses show that a keen understanding of what went wrong - and how the parties involved feel - can help determine a firm's next move. A PR department has to deal with the crisis it is actually facing, rather than some hypothetical model. Up-to-date information on perception can inform everything from how executives speak to the press to instructions for the marketing department's next campaign.

PR departments and agencies that are adept at media monitoring and can gather intelligence on all forms of discourse, from mainstream news to social media, will naturally be able to monitor crises better than less-informed firms. Dealing with unpredictable scenarios and coming back from chaotic situations are some of the most important roles PR professionals will fulfill, and drawing up an accurate map of the situation is a key part of performing these crisis management duties.