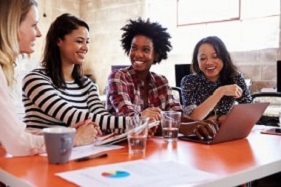 For more than 150 years, The New York Times has been one of the most trusted news sources in the United States. It’s for this reason that LexisNexis has extended our 40-year relationship by expanding our global licensing agreement with the newspaper.

The agreement continues the availability of news sources and editorial coverage from The New York Times via Nexis, LexisNexis’ flagship news and business product. However, new to the relationship is the inclusion of expanded global rights in the media monitoring segment. This addition further strengthens our ongoing commitment to providing the most comprehensive set of global news and social content in the media intelligence market.

Why is The New York Times so trusted?

In today’s media landscape, it’s more important than ever to have access to a reliable, reputable news source. According to recent research from the Pew Research Center, the broad majority (88%) of U.S. adults said a key factor in determining the trustworthiness of a news article is its publication source. With      132      Pulitzer Prizes under its belt—more than double its nearest competitor     — it’s no surprise that The New York Times remains so trusted.

This level of public trust and acclaimed storytelling may be one reason newspapers are making a comeback. In 2020—for the first time in 50 years—newspapers made more money from circulation than advertising... proving content is indeed king, at least, when it comes to what readers care about.

What makes The New York Times so valuable for businesses?

The New York Times is unwavering in its commitment to fulfilling their mission of seeking truth and helping people understand the world. Its core values are independence, integrity, curiosity, respect, collaboration, and excellence. In today’s world where so much can be bought or influenced, The New York Times stands firm in delivering content that is pure journalism at its core.

Since 1851, The New York Times has been highly regarded as one of America’s newspapers of record—that is, a newspaper whose actions and news-gathering functions are deemed authoritative. Nicknamed “The Gray Lady,” for its densely packed columns of words, The Times has served as an archival record of past events and a gauge of society’s opinions for nearly 170 years.

Currently, it has more than 1,700 reporters around the globe, and has sent journalists to over 160 countries to cover the world since 2019. Qualified journalists report in niche areas, ensuring coverage is not only factual, but laden with expertise. For example, lawyers cover law, doctors cover health, former U.S. Marines cover war, and economists and M.B.A.s cover the economy.

One of the most impressive aspects of the media giant is its vast and diverse audience. The New York Times has over 100 million registered users and has over 8 million paid subscriptions, more than at any point in their history.

Check out more information on this valuable news source here.