The Benefits of Building a Competitive Crisis Plan 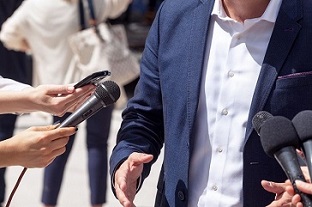 For most communications and public relations professionals, crisis planning is a relatively standard tactic in the professional tool belt. While the timing of a crisis can’t always be predicted, PR leaders—together with management—frequently develop incredibly detailed plans for responding to hypothetical scenarios that could lead to widespread critical attention.

This type of crisis planning is essential, but often skips a step that could prove equally important; researching what crises might impact competitors—and how you’ll react when they happen. With the proper planning, a competitor’s crisis can be your opportunity. On the other hand—and more critically—a competitor’s crisis can quickly become an industry-wide catastrophe. If that happens, your organization’s ability to stay afloat can depend on proper planning and the right strategic contingency plan.

Understand How a Crisis Can Spread

There’s a reason the phrase “going viral” exists, and in today’s interconnected world it’s a scenario that should always be considered when planning crisis communications. Like a virus, negative public sentiment can spread and mutate rapidly with incredible unpredictability. What might start with a competitor answering tough questions about unpopular operational decisions could soon lead to your organization facing similar scrutiny.

Examples of this phenomenon are legion. The Takata airbag crisis started with one automaker facing backlash from recalls, before it was determined that the problem spread across nearly the entire auto industry.

More recently, digital media paragon Buzzfeed faced a PR crisis after announcing widespread layoffs among its news division. Within hours, the crisis had also engulfed Facebook and Google, whose advertising platforms have created tight digital media revenues which, some have argued, contributed to the layoffs. Headlines and social media comments accused the two tech giants of being a “duopoly,” decrying the unfairness of their stronghold on online advertising and how it had impacted media companies like Buzzfeed. 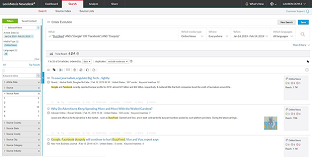 A LexisNexis Newsdesk® analysis shows that that this line of negative messaging has reached an estimated global audience of more than 41 million people since the Buzzfeed layoff was announced. What started as “Buzzfeed’s crisis” quickly became a Facebook and Google problem, with such headlines as:

Stay Ahead of a Potentially Viral Competitive Crisis

To stay ahead of the “crisis virus,” we can take a page from the book of real-life global virologists: surveillance and monitoring.

You can’t prevent a competitor’s crisis from negatively impacting your organization without the ability to quickly identify the issues as they emerge. The best way to do this is using tools that can automate competitive intelligence and alert key stakeholders when news breaks. 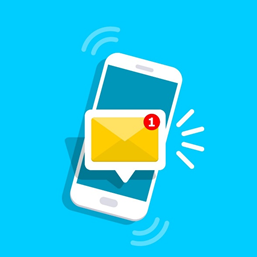 LexisNexis Newsdesk® allows users to set up customized alerts, a vital tool in quickly identifying competitive crises. Alerts can be sent in real-time as they occur, or at a user-selected frequency.

This starts with creating alerts for media coverage of competitors. This type of competitive monitoring can provide communications professionals with important alerts at regularly scheduled intervals or in real-time—an important feature, given that every moment in a crisis matters.

It’s equally vital to research potential industry-wide exposure. Like the Takata airbag crisis, a situation endemic of the entire industry may first surface with a specific competitor. Consider this a luck of the draw moment, one that—if you’ve monitored appropriately—gives your organization a strategic advantage when implementing your response to the issue.

The effectiveness of this more proactive approach may vary with industry. A political campaign would be more apt to jump into a news cycle critical of the competition to highlight their comparative strengths, but this approach isn’t always so cutthroat. Making proactive maneuvers like offering an executive interview to give broad industry-level perspective can forge valuable media relationships and position your organization as an expert, without going so far as to exacerbate the negative coverage a competitor may be receiving.