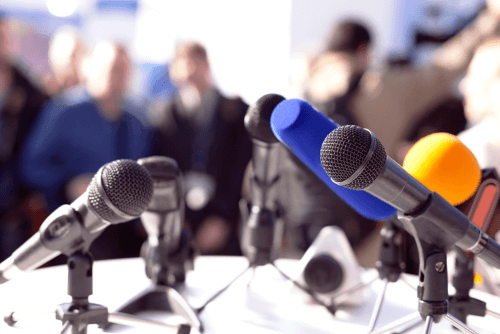 Handling a crisis situation isn't the way any PR professional wants to spend his or her day, but when such an event arises, it's a chance for these teams to really show their worth. Companies that are struck by negative stories and unable to put on a good face may spend months or years fighting off the effects, with customers and fellow companies hesitant to deal with them. A PR department or agency that is amply prepared for crises is an asset that businesses of all types need.

It's important to be sure that there's a solid plan in place for when things go wrong. As the situation is developing, it's already too late to do much except react. Here are some vital hints that will help PR pros get ready if and when the next major flare-up occurs. Hopefully, this won't happen at all - but in case it does, it pays to be ready.

Engage in plenty of advance preparation...
When a negative situation develops, who's on the team to counter it? If PR leaders don't know who they would pick, it's time to think on the subject and draw up a list. Dannon Senior PR Director Michael Neuwirth told PR Daily that while everything's quiet, managers should ensure that there is a definitive contact list ready to go.

In addition to forming a plan, teams need to keep company leaders abreast of what they're planning. Neuwirth suggested having a meeting between the PR team and corporate leadership whenever a new executive comes on board, or every few years if the management stays steady.

When things go wrong, the press and the public will look to company managers to react. If they're out of the loop on the PR strategy, there may be an initial disconnect in the messages being spread by different parts of the business. This is never a desirable outcome, and may keep a bad story in the spotlight for longer.

...But be flexible
While it's important to have strategies and teams ready to snap into action when crises strike, one of the the skills PR departments have to hone and internalize is the ability to give an appropriate reaction for the situation in question. PR firm founder Ronn Torossian explained in a Forbes Agency Council column that crisis management plans that work correctly have room to change within them, as they'll have to shift on the fly to suit circumstances.

The act of changing a plan means being tuned in to what the mood among the public is in real time. The content of a response won't just shift to suit the nature of the problem; perception is another variable in the equation. Torossian explained that when PR directors today think about consumer-centric channels such as social networks, they are often thinking about making statements instead of listening. If they take more time to monitor public conversation, they'll be ready to take the right tone and address issues that are currently top priorities.

Fast and decisive
What does a pre-planned strategy tuned to suit the public mood look like? It will be made up of quick, bold statements that don't leave the public unsatisfied. Crikey pointed out that when Volkswagen was facing the worst of its emissions scandal, the company's leadership used pre-taped statements and a slow drip of revelations to react. The press and the public weren't satisfied with the campaign at all, and the CEO ended up resigning.

As the news source pointed out, VW became a case study in what not to do, with leaders in the PR sector explaining that a drawn-out response to bad publicity simply keeps the problem in the media for a long time, when the company would likely prefer it to disappear.

As long as PR departments have the resources to stay on top of crisis situations, they'll likely be able to make it to the other side. This means being able to monitor every stage of a problem, from initial notices through the slow dissipation of coverage. News sources of all types should be visible, along with the opinion of the general public. When leaders are hyper-aware of the company's current status and trajectory, it's possible to put an appropriate plan into place in a hurry.