Three Ways to Instantly Lose the Trust of your Customers 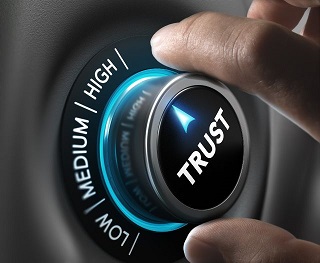 Trust is like currency. A wealth of trust is something that is typically built over time—the incremental results of sound decisions. Just like monetary wealth, it can be lost in an instant. Especially when every customer transaction is attached to the microphone of an always-on social media, a single bad decision has the power to erode the trust any organization has worked to build with its customers.

It might happen slowly after a series of small mistakes that slowly drain trust, or it could be one event with enough magnitude and reach that all trust is lost completely. Because trust is so important to the success of any business, either scenario has the potential for serious consequences. While there are many ways that trust might be lost, some occur with more regularity than others.

Any interaction between a customer and a business can be simplified down to a rather straight forward formula: a business makes some sort of claim and a customer makes a decision based on that claim. When this formula goes wrong, trust is damaged.

There are many ways that an organization could lose trust by failing to meet the expectations of consumers. Often times, it can come from a business poorly communicating a specific claim, thereby setting the stage for unrealistic expectations. This occurs from things like fine print in price promotions, hidden fees on contracts or ambiguous payment terms.

Customers of popular discount retailer Target recently found their expectations unmet when discovering a mobile phone application that claimed to aid in shopping at the best price appeared to inflate prices based on their location. Consumers expected the lowest prices on online items, but instead they received prices that were higher whenever they were closer to a retail store. While the retailer quickly made updates to the app to better match customer expectations, it was too late to avoid damaging customer trust.

While other examples may result in an incremental erosion of trust, doing something that compromises safety can destroy trust in an instant. This applies to any sort of customer relationship: B2B and B2C alike. When safety is at stake, there’s rightfully very little room for error.

This goes back to the basic formula mentioned earlier. Except in this case, all customers have the basic expectation that a product or service will be safe and not put them in danger. It doesn’t matter whether a company makes this claim directly: safety is a prerequisite for business.

Look to the Japanese-based airbag manufacturer Takata, for instance. While not a direct-to-consumer brand, Takata had supplier partnerships with most of the major global auto brands for components such as airbags and seatbelts. As early as 2008, consumers and watchdog groups began reporting misfiring airbags that resulted in severe injuries and death. With such a serious safety issue and the nature of the global distributors business, the lapse in safety resulted in major investigations in multiple countries.

The very nature of a brand is the adherence to a certain set of values and principles. These values come to represent another promise to customers, who are either consciously or subconsciously making decisions based—at least in part—on what a brand represents.

Whenever an organization’s or individual’s behaviors misalign with their values, the dissonance precipitates mistrust. It’s another broken promise.

At an individual level, this can occur when a public figure is found to have engaged in behaviors inconsistent with certain ideals or policy positions, they—or their political party—have taken in the past.

Because values are inherently emotional, the loss of trust can be quite precipitous and charged. At its worst, it can lead consumers to boycott brands who betray their trust. In other instances, it can invite once-loyal customers to be tempted by competitors.

Once it’s lost, rebuilding trust is hard. It’s clearly preferable to never lose it in the first place. Staying ahead of incidents where trust may be damaged is vital. A strong quality assurance plan, well-honed customer experience processes and a robust media monitoring system can provide a solid system to both prevent trust-damaging mishaps and minimize the damage caused should they occur.