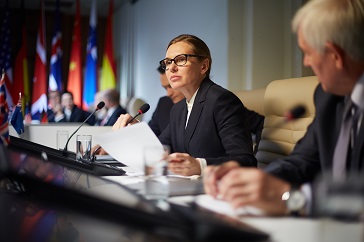 In early June, the United Nations held its first General Assembly Special Session on corruption. During the event, the General Assembly agreed to adopt the political declaration: “Our common commitment to effectively addressing challenges and implementing measures to prevent and combat corruption and strengthen international cooperation.”

It’s a message that was strongly reiterated by U.S. President Biden in a statement delivered to the General Assembly. In the statement released by the White House on June 3, the President called corruption “a risk to our national security,” further noting that “Corruption eats away at the foundations of democratic societies. It makes government less effective, wastes public resources, and exacerbates inequalities in access to services, making it harder for families to provide for their loved ones.”

The U.S. had already signalled increased attention to enforcement when President Trump signed the Corporate Transparency Act into law on January 1st of this year. The Act extended the requirement to identify beneficial ownership —often a vehicle for disguising ill-gotten gains from financial crime and corruption—beyond traditional financial institutions. FCPA enforcement  also broke records in 2020, levying $7.84 billion in global corruption-related penalties. While the Administration has changed, the commitment to combat corruption remains a priority in 2021.

Gaps in anti-corruption efforts emphasized by the pandemic 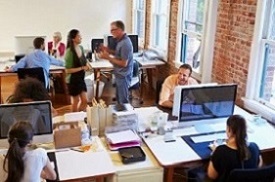 Speaking at the UN event, Volkan Bozkir, President of the UN General Assembly, noted that the global pandemic exposed the world to another significant harm: a rise in bribery, fraud and other forms of corruption and financial crime. He said, “Corruption thrives in a crisis. Undetected or unaddressed criminal activity is often discovered at a critical moment. Far too often nefarious actors take advantage of a crisis for their own gain.” From corruption in the procurement of medical equipment to cyber fraud against consumers, the global pandemic proved fertile ground for bad actors.

United by a common enemy: corruption

Over the course of the three-day Special Session, the U.S. continued to communicate its commitment to confronting corruption.Officials from the Department of Justice and the State Department emphasized their intent to strengthen the FCPA and engage in more collaborative efforts with enforcement agencies worldwide. President Biden also echoed the UN’s position that cross-border collaboration is a critical component in the anti-corruption fight. “The United States will lead by example and in partnership with allies, civil society, and the private sector to fight the scourge of corruption. But this is a mission for the entire world,” he noted.

Furthermore, writes the FCPA blog, “In a rare celestial alignment, Congress stands united with the executive branch, with several meaningful anti-corruption bills under consideration and the establishment of the bipartisan Counter-Kleptocracy Caucus.” A united front, however, means that regulators and enforcement agencies are likely to have more resources available to increase scrutiny and pursue actions against companies that fall short of expectations.

As the pandemic wanes, both public and private sector organizations are looking at ways to build back better—and addressing corruption is a top priority. The FCPA blog notes, “As the White House memo explicitly states, the private sector has an enormous role in preventing corruption from happening in the first place, and all signs point to robust anti-bribery enforcement, increased accountability, and high expectations for multinational companies’ compliance programs.” How confident are you that your current processes and policies can withstand the growing pressure?