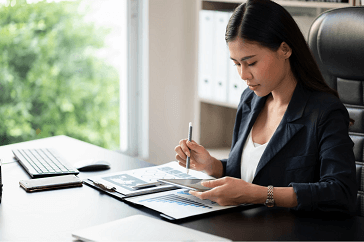 While the U.S. has traditionally led the way on Anti Money Laundering (AML) enforcement, changing regulations and an uptick in fines show that Europe and Asia are catching up and even overtaking U.S. regulators. As enforcement actions mount, organisations must thoroughly understand the Ultimate Beneficial Ownership (UBO) of the third parties they depend on. To do that, they need the right data on companies.

What are the costs of UBO failures?

The recent FinCEN leak further stresses the importance of pursuing UBO transparency. Without visibility into who owns whom - and effective processes for reporting suspicious transactions—organisations risk significant financial, legal, strategic, and reputational damage. Even before the new revelations came to light,many companies in Europe and Asia were on the receiving end of enforcement actions for AML failures, often related to a lack of oversight of the beneficial owners associated with third parties. For example:

In the past, regulators in the U.S. were the most likely to enforce anti-corruption laws aimed at curbing money laundering and terrorist financing. But in 2019, European authorities issued nearly three times more in fines for AML breaches compared to the U.S.

The Global Enforcement Review released by Duff and Phelps also reflects this trend. “For many years, U.S. authorities have dominated the global AML landscape, through the imposition of numerous huge fines for AML failings,” it said. “But that is beginning to change, with other jurisdictions, like Sweden, the UK and the Netherlands, recently imposing their own mega-fines.”

These penalties are driven by stronger regulation against money laundering in Europe and Asia. Many countries now specifically require companies to publish their own beneficial ownership information, and to understand the UBO of their third parties. Recent changes include:

Despite these strengthening regulations and associated penalties, many organisations still fall short of understanding UBO risk because of the inherent lack of transparency with beneficial ownership. In 2019, the European Commission published an analysis of money laundering failures in which they warned that financial institutions often do not “prioritise” compliance with AML legislation or perform a risk assessment about third parties. A recent investigation by Open Democracy claimed that almost one in ten UK firms still fail to declare the beneficiaries of their company who hold a stake of 25% or more.

How can we help?

Nexis Diligence includes Dun & Bradstreet® Ultimate Beneficial Ownership data, which offers insight on the ownership of hundreds of millions of businesses and other commercial entities worldwide. This is based on analysis of data from 97 million shareholders, 150+ million connections, and 355+ million business records. Our UBO data includes:

Visit us online for more information on Nexis Diligence .